Need a style upgrade? We unpack the It crowd’s favourite labels for summer 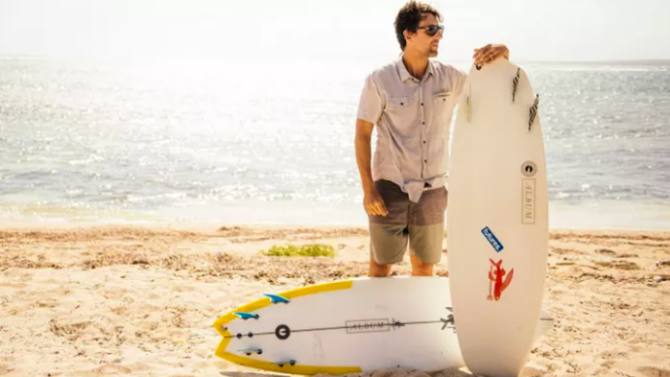 The term “jet-set style” began, fittingly, in the jet age. You know, those days of Pan Am glamour, when women wore dresses and men wore blazers and everyone smoked on aeroplanes. Seventy-odd years later, the phrase’s meaning has expanded — jet-set style can just as easily be described as throwing on Yeezy track pants and a Gucci hoodie to sneak on to your G650 at Van Nuys.

Then, of course, there’s the destination wardrobe — the Moncler jacket for Aspen, the Eres swimsuit for Antigua, and so on. (A Robert Mapplethorpe portrait of the designer Carolina Herrera dancing in Mustique wearing a gold-sequinned stripe kaftan is still pretty much jet-set chic, defined.) Yet these days, getaway style isn’t as much about fitting a place’s image; it’s about taking the place’s image and making it your own. So why not layer the Moncler over a tie-dyed Elder Statesman cashmere, or wear the Eres under a men’s linen-blend shirt from Simon Miller (featured here)? Here are our picks for the best in jet-set style, 2017 edition: personable, distinct, and just plain cool.

Album started, unofficially, in 2001, as a branding and design agency. But its co-founder Matt Parker had tried his hand at surfboard-shaping before, and a few years after launching the studio he introduced a dedicated Album Surf line. Today, the San Clemente, California-based company’s designs are works of art as much as they are rideable boards (from £542). Parker, an experienced surfer, picks Nicaragua as his favourite summer destination. “It’s easy to go last minute, and there are a huge variety of waves — beach breaks, river mouths, points. The conditions are always clean and I love the people, too.”

When the fashion editor and street-style star Giovanna Battaglia Engelbert posts an Instagram portrait from the Maldives debuting a top and shorts with an undulating rainbow trim, any self-respecting jet-setter makes it their business to learn more about the brand. The outfit came courtesy of the honey-limbed Italian’s sister, Sara Battaglia, who has just introduced her first ready-to-wear collection for SS17 (from £253), after having built a successful accessories business. Like her bags, the clothes are quirky and artful: think 1960s-style flower cutouts, pleated flares, lots of denim ruffles and polychrome ripples. 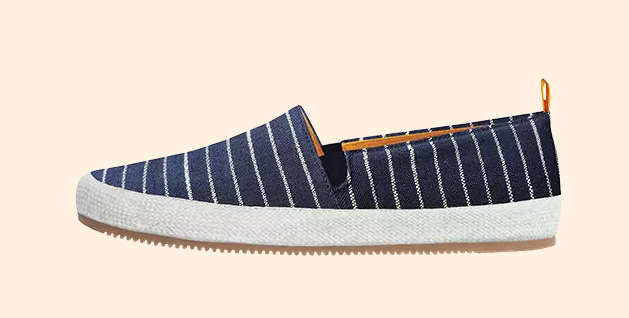 London-based Mulo makes a fantastic summer slip-on — part espadrille, part loafer (from £105). And this summer, they’ve included new options that feature Breton stripes. “We used varying shades of blue,” says founder Tobias Cox. “From washed cobalt to deep navy, as well as different stripe widths. The result is a micro-collection that can be styled in infinite ways.” He suggests wearing a pair of Mulos in Saint-Tropez, France, but if that’s too scene-y for you, try the “unspoilt” Praia do Pêgo in Comporta, Portugal. “It’s idyllic.” 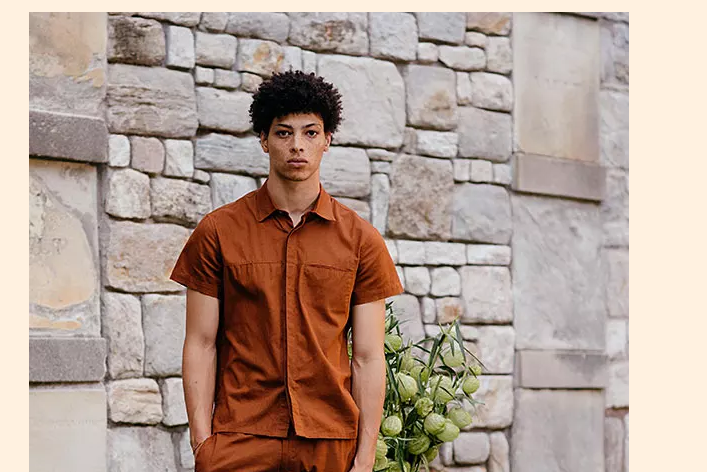 Daniel Corrigan and Chelsea Hansford’s Simon Miller started as a denim brand, but lately the duo have steered the line towards more of a luxe-lifestyle label — for men and women. Their men’s feather-light linen-blend button-downs (from £260) are especially enticing. Perfect for a day in, say, upstate New York. “My favourite summer spot is the Finger Lakes region,” notes Hansford. “We relax, hike the glens, and swim.” Fashion fans are rejoicing after seeing James Jean’s haunting, fantastical illustrations on Prada’s catwalk at their Resort show in Milan last week. The collection won’t be in stores until November, but devotees of the Taiwanese American artist can fill the time until then by documenting their adventures in one of Jean’s chic notebooks (from £10). 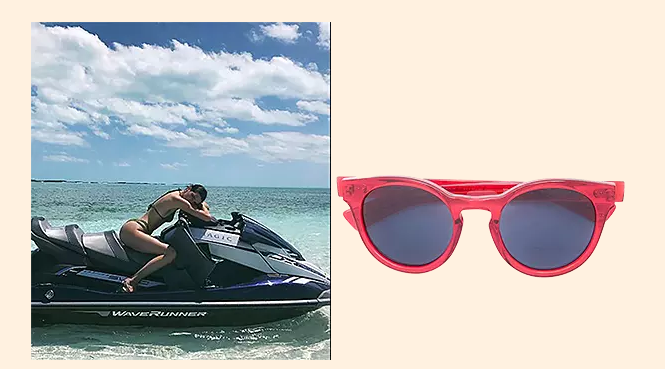 Eyewear designer Ahlem Manai-Platt has built a significant following since launching in 2014, and she opened her first standalone store in Venice, California last month. Her frames (from $395) have bridged the brows of everyone from Kendall Jenner to Reese Witherspoon (can’t you just see Big Little Lies’ Madeline plotting up something juicy from behind a pair as she stares out at the big, blue Monterey ocean?). 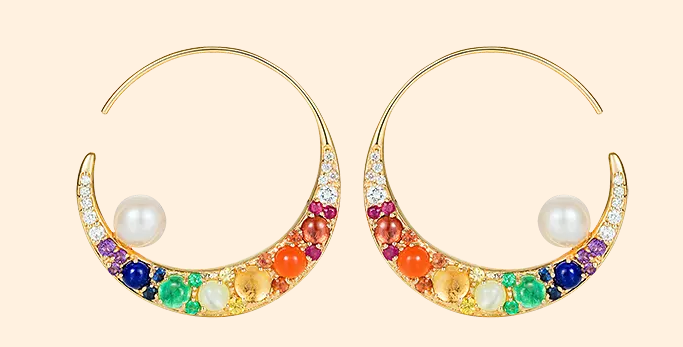 Jeweller Noor Fares has an appropriately global heritage (Lebanese-born, Paris-raised and London-based), and her designs retain a nomadic spirit, but with an edgier hook. Her new Akasha collection blends rainbow stones and alternating geometries (from £590), which invoke Islamic star patterns.

The Bottega Veneta creative director’s own line was long a well-kept secret among globetrotters as the one-stop-shop for the best swimwear on the market. His latest beachwear capsule collection for men and women, launched two weeks ago, is both a return to his aquatic roots and an expansion on them (see: pieces made from terry cloths; palm-tree accessories; and “coastal” cottons). The takeaway? Blissful simplicity. 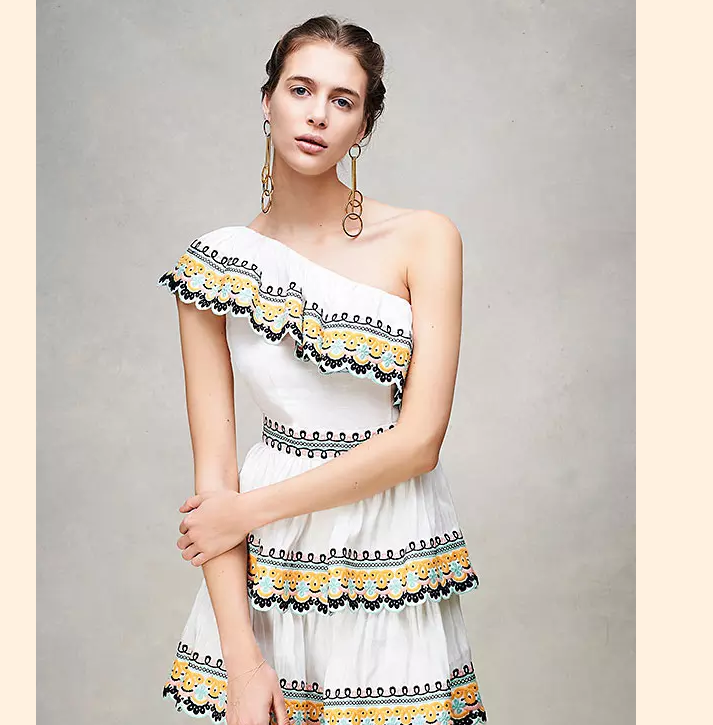 Amur, founded in 2016, stands for “A Mindful Use of Resources”. The brand makes pretty and easy dresses and tops (from £223) with green manufacturing practices in mind. “Right now, my favourite material is a textured blend of hemp and silk,” says creative director Sofia Shannon. “Growing hemp uses much less water and land than cotton.” 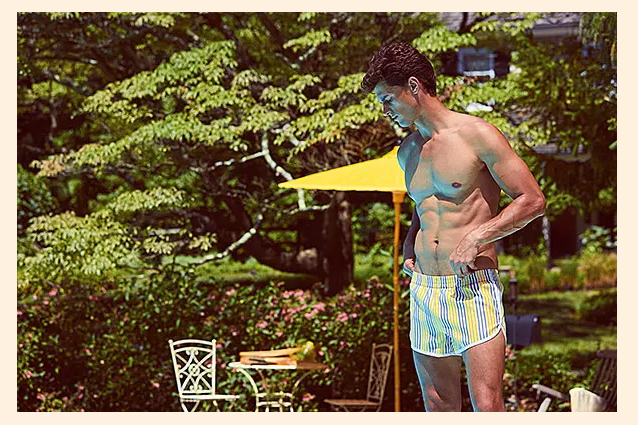 The bathing-suit line founded by the model Garrett Neff in 2015 offers trunks (from $195) in classic shapes and varying lengths, which are thankfully (mostly) print-free. “During the summer, I want to be able to wear my suit throughout the day,” Neff says. His seasonal jet-set preference? “The northeastern US has generally perfect weather in the summer — Cape Cod, Martha’s Vineyard, Montauk, Rhode Island. It’s impossible to pick a favourite.” Look out for a special capsule collection, launching imminently with Montauk’s The Surf Lodge. 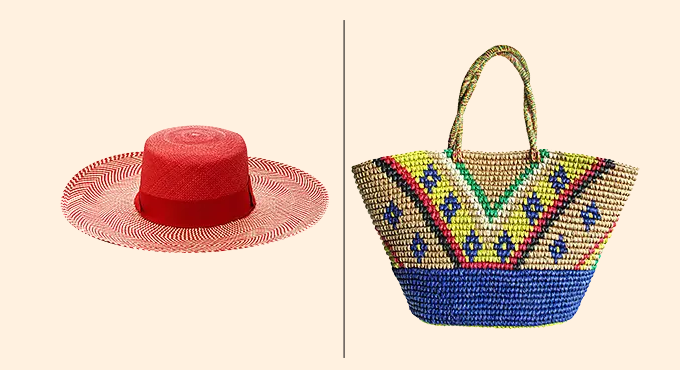 Stephany Sensi’s Ecuador-based Sensi Studio was launched as an accessories label in 2010. Little-known fact: the best “panama hats” are actually made in Ecuador, and Sensi’s (from £93) are the top of the crop, often featuring colourful flourishes and hand-painted elements. The line has since expanded to include ready-to-wear, and everything is made by artisans in the country, “to keep the spirit and joyfulness of South America”, says Sensi.

French jeweller Aurélie Bidermann is a favourite both sides of the Atlantic. Her designs are in part inspired by the colours of the Italian Riviera; Bidermann spends every summer in Positano, where she stays in the same room at the luxe Villa TreVille. Her brand of polished bohemia is being celebrated this May with a 10-year anniversary capsule of her signature “Amazon” boxes, 13 18-carat gold pendants holding tiny talismans, such as an apple core, or a real four-leaf clover enamelled by hand (from $4,620).